You are here: Home / General / Article – Nato summit: “Europe has to do more on its own defence” 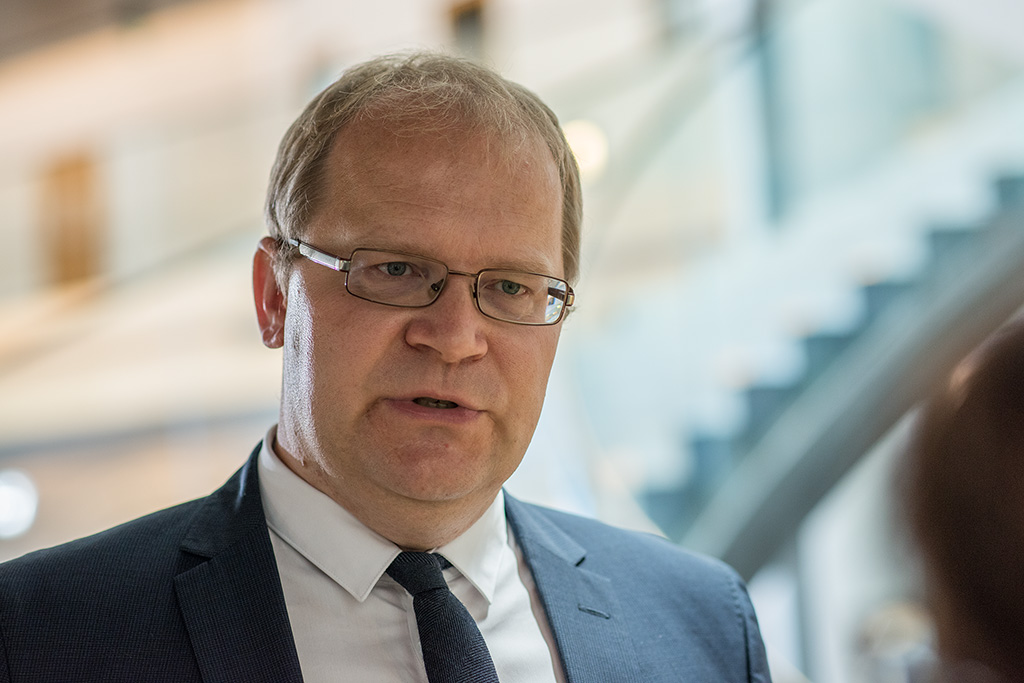 An EU army is not on the cards for the time being, however closer cooperation on security and defence is becoming more important. During the Nato summit starting in Warsaw today, the EU and Nato will sign a declaration aimed at strengthening cooperation, while setting out an effective division of responsibilities. We asked Estonian liberal MEP Urmas Paet, who is drafting a report on the European Defence Union, whether EU countries are ready for working more closely together on security.

You are preparing a report on a European Defence Union. Do you think the time is ripe for it in the current Brexit context?

The short answer is yes, because we need much more and targeted cooperation in the field of defence and security in the European Union.

I guess we’re already a little bit late if we look at what’s going on in Europe’s immediate neighbourhood: be it instability in neighbouring countries, be it issues related to terrorism, but also unfortunately the aggressive behaviour of Russia in recent years.

In addition the United States has lots of responsibility for European security through Nato, but I don’t think this is appropriate. Europe must take much more care of its own security. It means cooperation, it also means more on budgetary allocations and defence budgets and that’s why I consider my report very timely. Finally, we need to have a very clear political position on how the European defence cooperation should develop.

How will the future common European defence and security policy work alongside Nato? What outcome do you expect of the Nato summit in Warsaw in this regard?

First I think that Nato and the EU should make much more of cooperation than they have so far. For example Nato has made a decision to increase the level of Nato militaries in some Eastern European countries, but this requires things like infrastructure to accommodate all these people. And here the EU can support investments into infrastructure which is needed for this changed situation and which also goes hand in hand with Nato plans.

I expect from the summit in Warsaw that  Nato makes a clear decision and commitments  on what concerns all Nato member states so that the level of defence and protection is the same for every member state regardless of where exactly they are located geographically. Here again I see that EU and Nato can do much to work together concerning cyber threats and cyber security and of course much stronger partnerships with non-Nato countries.

The security situation in and around Europe is worsening. Does this worry you?

The short answer is yes, of course. We all see the tragedy and the humanitarian catastrophe in Syria, all the instability in other neighbouring countries of Europe and unfortunately also in lots of other places being hit by terrorist attacks. Libya continues to be unstable and this southern neighbourhood of Europe is still very fragile and turbulent. Plus of course the Russian activities in Ukraine, where unfortunately we still don’t see any changes. This all means that Europe has to do more concerning the security of all our member states and our own defence.