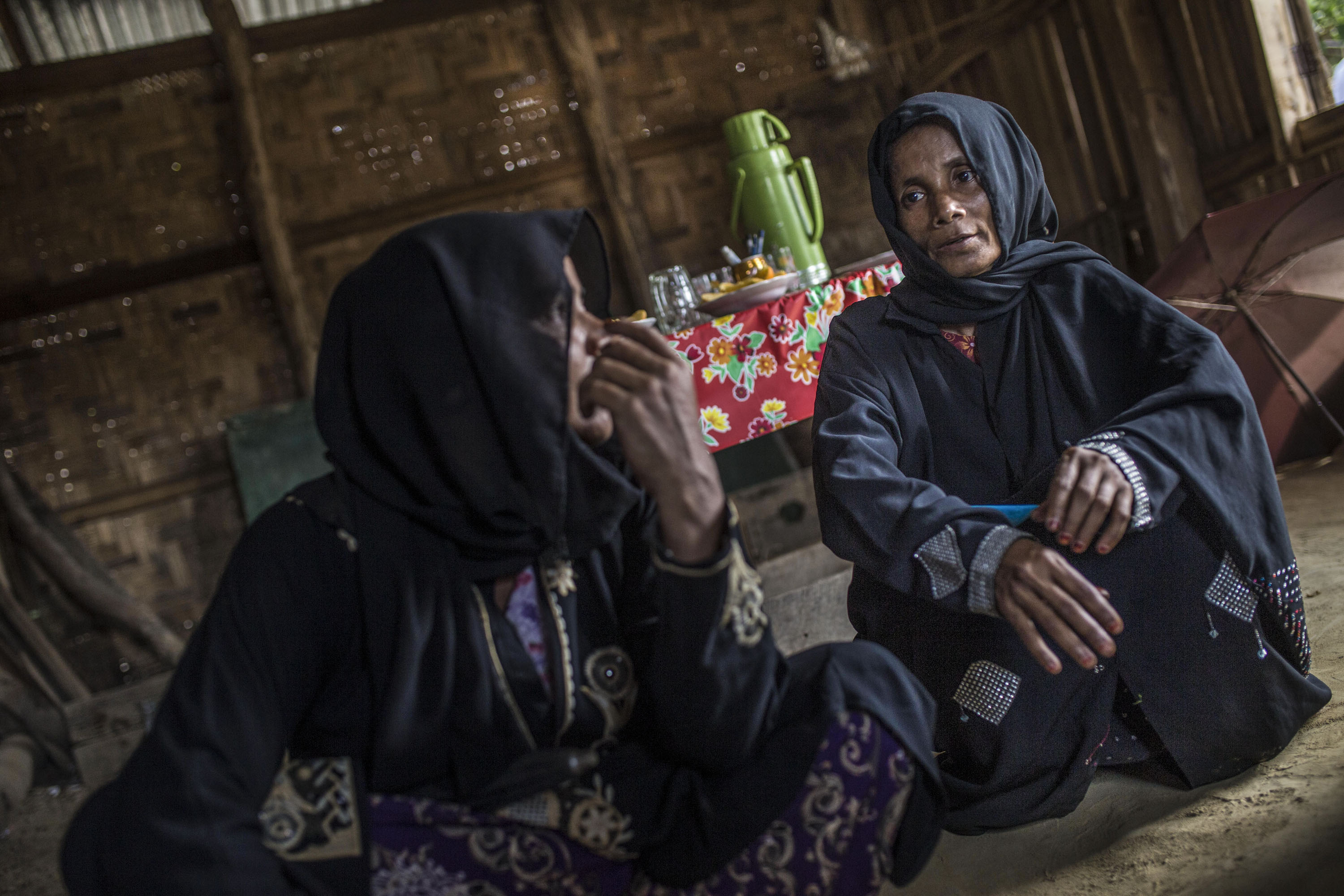 22 March 2018, Rome – A new report out today sounds the alarm regarding surging levels of acute hunger. Some 124 million people in 51 countries were affected by acute food insecurity during 2017 — 11 million more people than the year before — according to the latest edition of the Global Report on Food Crises.

The report defines acute food insecurity as hunger so severe that it poses an immediate threat to lives or livelihoods.

The increase is largely attributable to new or intensified conflict and insecurity in Myanmar, north-east Nigeria, the Democratic Republic of Congo, South Sudan and Yemen. Prolonged drought conditions also resulted in consecutive poor harvests in countries already facing high levels of food insecurity and malnutrition in eastern and southern Africa.

Produced each year by a group of international humanitarian partners (full list below) the report was presented by the European Union, the Food and Agriculture Organization of the United Nations (FAO), and the United Nations World Food Programme (WFP) at a briefing for UN member nations in Rome.

It finds that food crisis are increasingly determined by complex causes such as conflict, extreme climatic shocks and high prices of staple food often acting at the same time.

The situation revealed by the Global Report highlights the urgent need for simultaneous action to save lives, livelihoods and to address the root causes of food crises, the partners said.

Climate disasters — mainly drought — were also major triggers of food crises in 23 countries, two-thirds of them in Africa, and were responsible for pushing some 39 million people into acute food insecurity.

Conflict, climate disasters and other drivers often contribute to complex crises that have devastating and long lasting consequences on the livelihood of people.

Entire communities and more children and women are in need of nutritional support compared to last year, and long lasting solutions are needed if we want to revert this trend.

A difficult road ahead

Conflict will likely remain a major driver of food crises in 2018, affecting Afghanistan, Central African Republic, Democratic Republic of Congo, north-eastern Nigeria and the Lake Chad region, South Sudan, Syria and Yemen as well as Libya and the central Sahel (Mali and Niger), according to the report.

Yemen will mostly likely continue to be the largest food crisis by far. The situation there is expected to deteriorate, particularly because of restricted access, economic collapse and outbreaks of disease.

Meanwhile, the impact of severe dry weather on crop and livestock production is likely to heighten food insecurity in pastoral areas of Somalia, south-eastern Ethiopia and eastern Kenya, and in West African and Sahel countries including Senegal, Chad, Niger, Mali, Mauritania and Burkina Faso.

The Global Report on Food Crisesbrings together regional and national data and analysis from multiple sources into one document to provide a clear comprehensive picture of food crises and acute food insecurity in affected countries.

By providing evidence-based analysis, the report demonstrates that as well as critically needed humanitarian aid, development action needs to engage much earlier so as to tackle the root causes of extreme vulnerability, therefore building resilience.

The Global Network against Food Crises launched by the European Union, FAO and WFP at the World Humanitarian Summit in 2016 is expected to increasingly become the engine behind the humanitarian, development and peace nexus, promoting increased coordination between humanitarian and development agencies.

Key messages at the launching of the report were:

“Hunger and food insecurity plague the lives of millions worldwide. In the face of man-made and natural disasters, we should shape a more robust and strategic global response to food crises. The Global Report is a pivotal tool in putting the humanitarian and development nexus in practice and support us in our joint fight against hunger,” said EU Commissioner for Humanitarian Aid and Crisis Management Christos Stylianides.

Neven Mimica, EU Commissioner for International Cooperation and Development, said: “Food crises are likely to become more acute, persistent and complex given current trends and their root causes with devastating effects on the lives of millions of people. We succeeded in producing a joint analysis globally with the annual Global Report on Food Crises. I am fully committed to take this approach forward as I am convinced that increased global dialogue, joint planning and coordinated responses will enable the EU, its partner countries as well as international partners to address better the root causes of food crises.”

In a video message, UN Secretary-General António Guterres said: “Reports such as this gives us the vital data and analysis to better understand the challenge. It is now up to us to take action to meet the needs of those facing the daily scourge of hunger and to tackle its root causes.”

“We must acknowledge and address the link between hunger and conflict if we are to achieve zero hunger. Investing in food security and livelihood in conflict situations saves lives, strengthens resilience and can also contribute to sustaining peace,” said FAO Director-General José Graziano da Silva, said.

“The consequences of conflict and climate change are stark: millions of more people severely, even desperately, hungry. The fighting must stop now and the world must come together to avert these crises often happening right in front of our eyes. This Global Report on Food Crises shows the magnitude of today’s crises but also shows us that if we bring together political will and today’s technology, we can have a world that’s more peaceful, more stable and where hunger becomes a thing of the past.” David Beasley, WFP Executive Director.

Acute food insecurity is when a person’s inability to consume adequate food puts their lives or livelihoods in immediate danger. It is a metric that draws on internationally-accepted measures of extreme hunger such as the Integrated Food Security Phase Classification (IPC) and Cadre Harmonisé (CH), and is equivalent to IPC scale three levels of hunger and worse (IPC 3 – crisis; IPC 4 – emergency; IPC 5 – famine/catastrophe). It is 5the most extreme symptom of acute and protracted crises.

Chronic hunger is when a person is not able to consume enough food to maintain a normal, active lifestyle over an extended period.  Each year the UN reports on the number of people worldwide who suffer from chronic hunger. The last such report (October 2017) found that 815 million people on the planet are chronically hungry.