You are here: Home / General / Security Council urged to act with ‘one strong voice’ on raft of ills plaguing Middle East and North Africa 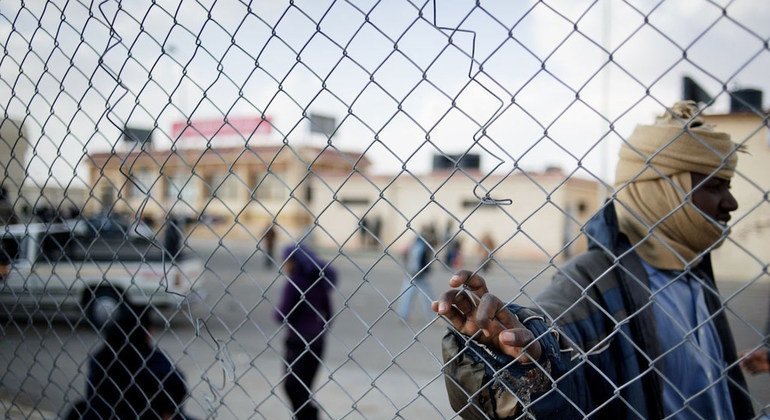 António Guterres issued the call during a debate in the chamber on Monday, focusing on the various fault-lines in the region.

“Decades-old conflicts, together with new ones, as well as deep-rooted social grievances, a shrinking of democratic space and the emergence of terrorism and new forms of violent extremism, are undermining peace, sustainable development and human rights,” he said.

“The territorial integrity of countries like Syria, Yemen and Libya is under threat. Millions of people have been forcibly displaced from their homes. And the impacts of this instability have spread to neighbors and beyond.”

Mr. Guterres reminded the Council of the numerous crises across the region, starting with the Israeli-Palestinian conflict – the central issue at the heart of what he called ‘the Middle Eastern quagmire.’

He reiterated the UN’s support for a two-state solution that would allow both communities to live side-by-side in peace: something that also is essential for security and stability in the entire region.

Meanwhile, the ongoing war in Syria has subjected civilians to “a litany of atrocities”, including sieges, starvation, widespread displacement and the use of chemical weapons.

The UN chief further stated that the conflict has become ‘a battleground for proxy wars’, with regional and international actors taking part.

“More than ever, our aim is to see a united and democratic Syria, to avoid irreparable sectarianism, and to ensure full respect for Syria’s sovereignty and territorial integrity, and to enable the Syrian people to freely decide on the country’s future,” Mr. Guterres told the 15 ambassadors.

Moving on to Yemen, the UN chief highlighted recent efforts by his Special Envoy, Martin Griffiths, to avoid an escalation in violence.  He also spoke of UN engagement in Libya, including support for a national dialogue process that has revealed citizens’ deep longing for peace and to exit the period of transitional governance.

Mr. Guterres also praised Iraq’s ‘resilience’ in recent years, citing victory over the extremist group, the Islamic State of Iraq and the Levant (ISIL or Da’esh), as an example of how the nation has overcome the risk of fragmentation.

“Iraq’s endurance as a stable, federal state is a testament to the enormous sacrifices of the Iraqi people, from all communities,” he said. “And I strongly hope that the Iraqi institutions will be able to ensure an adequate conclusion of the electoral process able in a way that fully respects the will of the Iraqi people.

Lebanon also was praised for its respect for diversity. The Secretary-General said he looked forward to the formation of a new Government there, following peaceful parliamentary elections last month — the first in nearly a decade.

On the region as a whole, Mr. Guterres recalled that Cold War rivals still found ways to talk to each other and cooperate, indicating that countries in the Middle East and North Africa could pursue a similar path.

He also urged Council members to find “much-needed consensus and to act with one strong voice”, adding that regional organizations can also contribute to efforts towards preventive diplomacy, mediation and confidence-building.

“The region needs to ensure the integrity of the State, its governance systems and the equal application of the rule of law that protects all individuals,” he said.