The Public Health Agency of Canada today announced the appointment of Dr. Matthew Gilmour as the new Scientific Director General National Public Health Laboratories, responsible for the National Microbiology Laboratory (NML) in Winnipeg and the Laboratory for Foodborne Zoonoses (LFZ) in Guelph, Ontario. Dr. Gilmour will begin his position in February 2015.

Dr. Gilmour is currently a clinical microbiologist with Diagnostic Services of Manitoba and an assistant professor in the Department of Medical Microbiology at the University of Manitoba. He is also a past employee of the Agency where he held the positions of Director of Bacteriology and Enteric Diseases and the Chief of Enteric Diseases at the NML.

The position is being filled following the retirement of Dr. Frank Plummer.  To staff the position, the Agency ran a national competition to find the most qualified and best-suited candidate. Dr. Gilmour was selected following a rigorous process and he will bring his experience and scientific leadership to this important role.

“The work of the Agency’s public health laboratories is crucial for public health research, surveillance and outbreak preparedness response. The laboratories are responsible for some of Canada’s premier public health accomplishments such as decreasing Canadians’ exposure to dangerous foodborne infections and the development of Canada’s experimental Ebola vaccine. I am pleased to welcome Dr. Matthew Gilmour as the Scientific Director General of the Agency’s National Public Health Laboratories to continue the valuable work of our world renowned facilities.”

“The position of Scientific Director General is a mix of the promotion of scientific innovation, providing scientific advice and the executive management of two large national laboratories. The Agency’s laboratory work is essential to the future prevention and control of some chronic diseases, and existing and emerging infectious diseases. Dr. Gilmour’s experience, scientific credentials and past work at the Agency make him the ideal candidate for this job.”

“I know first hand the level of commitment, the skills and the scientific qualifications needed to run a large national laboratory. I have had the opportunity to work with Dr. Gilmour both in his past work at the Agency and as a colleague at the University of Manitoba; and I feel that his skills and research experience make him an excellent choice for this position.”

“I am exceptionally honoured to have been chosen as the new Scientific Director General of the Agency’s National Public Health Laboratories. I know first-hand the impactful work that the Agency’s laboratory teams complete with the provincial public health laboratories, with other federal departments and with international collaborators. As I rejoin these teams, I very much look forward to our continued scientific innovation and research on infectious diseases to benefit both the health and safety of Canadians, but also the international community.” 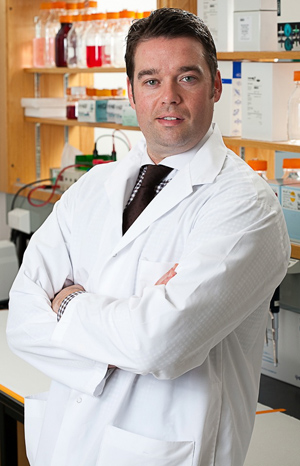