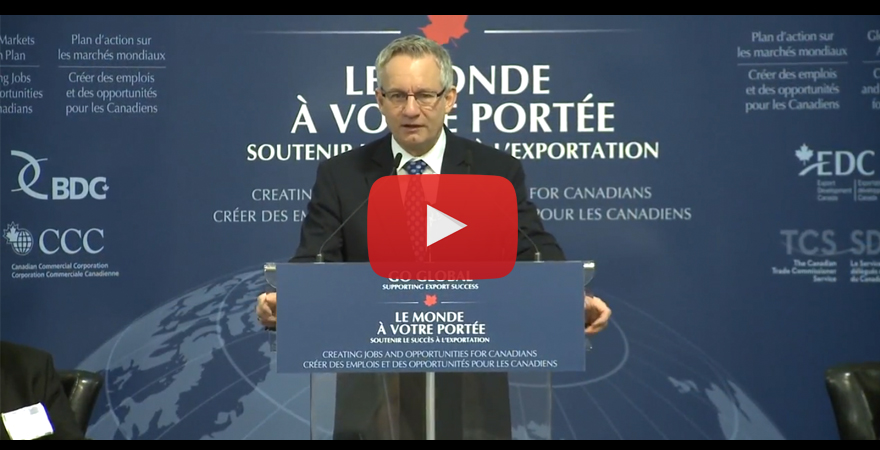 The Honourable Ed Fast, Minister of International Trade, today announced dates and locations of the upcoming “Go Global” export workshops to take place early in the new year. These workshops will build on the success of the three workshops Minister Fast held in November and December in Richmond, British Columbia, Mississauga, Ontario, and Halifax, Nova Scotia, attended by more than 300 participants. The workshops are designed to provide small and medium-sized enterprises (SMEs) with the tools and practical information they need to take advantage of international business opportunities to export.

Last year, Minister Fast released Canada’s Global Markets Action Plan with the goal of doubling to 21,000 the number of Canadian SMEs exporting to emerging markets. In support of this goal, Minister Fast instructed Canada’s export agencies to enhance their coordination, closely align their activities and facilitate referrals in order to better serve and be responsive to the needs of SMEs.

By bringing together the Canadian Trade Commissioner Service, Export Development Canada, the Business Development Bank of Canada and the Canadian Commercial Corporation, these export workshops, delivered in partnership with Canadian Manufacturers & Exporters, provide a one-stop shop offering information and tools to SMEs that are exploring opportunities abroad.

With new trade agreements with the European Union and South Korea, Canadian businesses will soon benefit from preferential access to more than half of the entire global marketplace.

“Our government is committed to working shoulder-to-shoulder with Canadian SMEs across the country to seize export opportunities and create jobs and opportunities.

“We are breaking down the silos between our export agencies, taking a whole-of-government approach to exporting and providing the tools, services and information that you and your businesses need to succeed.”