You are here: Home / General / Latest tragedy in the Mediterranean claims over 100 lives – UN refugee agency 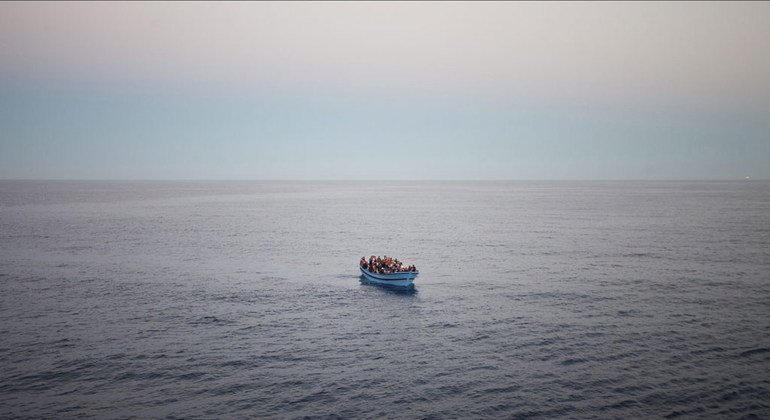 “[We are] concerned about the increasing number of people dying on the central Mediterranean route and [are] calling for concerted international efforts to avoid further tragedies,” said the Office of the UN High Commissioner for Refugees (UNHCR) in a news release on Saturday.

According to the UN agency, about 123 individuals were on board the rubber boat – which survivors said was “unseaworthy and overcrowded” – when it sank off the coast of Tajoura in Libya on 29 June.

Only 16 people could be rescued by the Libyan coast guard.

“This is the hardest day of my life. I didn’t know whether to save myself, my children or my friends,” a survivor told UNHCR once safe.

Among those deceased are 70 men, 30 women and three babies. Over 80 bodies are said to remain at sea.

In the news release, UNHCR also said that on the same day, some 300 refugees and migrants were disembarked by the Libyan coast guard at the Tripoli Naval Base, including 15 children and 40 women.

UNHCR and its partners were present at both disembarkation points and provided urgent medical and humanitarian assistance to the survivors, before they were transferred to detention facilities by the authorities.

According to estimates, in the first half of 2018, over 1,130 people have perished trying to make the perilous sea crossing from North Africa to Europe.