RIYADH, Saudi Arabia, June 15, 2017 /PRNewswire/ — Kingdom Holding Company (KHC) chaired by HRH Prince Alwaleed Bin Talal Bin Abdulaziz Alsaud, acquired a 7% stake in Careem through a Secondary Share purchase as well as participating in the latest Primary Round E-1 Capital Raise amounting to a total transaction value of $62M. The transaction makes KHC one of the largest holders of Preferred Shares in Careem and will grant KHC a board seat on Careem’s board of directors. 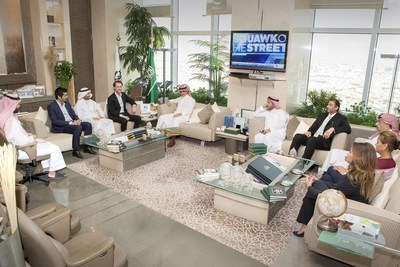 KHC’s CEO Eng. Talal Ibrahim Al Maiman: “Our investment in Careem is a continuation of our strategy to invest in new technologies as we have done with our investments in Twitter, JD.com and Lyft. As the leading ride hailing company in the region, and positioned with excellent growth prospects, Careem sets an example for regional businesses by providing employment opportunities to locals and developing talent.”

Operating in more than 80 cities in the broader region, Careem’s growth trajectory has continued over the past six months: the ride-hailing service launched operations in Turkey, doubled its number of operational cities in Pakistan, is operational in more than 50 cities in KSA and has re-entered Abu Dhabi and Sharjah. In addition to expansion, a series of strategic innovations has seen Careem integrate with Google Maps and Digital Barriers – world leading facial recognition software and global surveillance, collaborate with Dubai-based regulator RTA to enable Dubai Taxi booking via the App, as well as extend its international reach through global ride-hailing sharing service Splyt by enabling users to seamlessly connect with platforms in Russia and China.

Kingdom Holding Company (KHC) is one of the world’s foremost value investment firm that is internationally renowned for its interest in both high performance global brand and strategic regional interests. Based in Riyadh, Saudi Arabia, KHC is led by its Founder and Chairman, HRH Prince Alwaleed Bin Talal.  Founded in 1980 and publicly traded since 2007, KHC has achieved three decades of exceptional investment success and is renowned for its diversified portfolio of global powerhouse brands and high performance regional investments.

Although one of the largest foreign investors in the United States, KHC’s disciplined investment approach stretches around the globe and includes leading market segments such as mobility solutions, digital technology and social media (Lyft, JD.com, Twitter), media and entertainment (NewsCorp, 21st Century Fox, Euro Disney S.C.A., Time Warner), and finance (Citigroup).  KHC is also a global leader in luxury hotels and hospitality management with ownership or significant interests in marquee properties such as the George V in Paris, the Plaza Hotel in New York and London’s Savoy Hotel.  KHC’s global hotel brands include the Four Seasons, Fairmont Raffles, Movenpick, Swissotel and Accor. In Saudi Arabia, KHC’s real estate interests include the famed Kingdom Tower in Riyadh and the highly anticipated Jeddah Tower that once completed will be the tallest tower in the world with a height exceeding 1000 meters.  KHC also has investments in petrochemicals (Tasnee), education (Kingdom Schools), health care (Kingdom Hospital) and aviation (NAS Saudi Arabia).