You are here: Home / Affairs / Founder and CEO of LinkSure Danian Chen Named in Fortune’s 2017 List of Top 50 Most Influential Business Leaders in China

SINGAPORE, April 27, 2017 /PRNewswire/ — On April 19th, Fortune released its 2017 list of the Top 50 Most Influential Business Leaders in China. The founder and CEO of LinkSure, Mr. Danian Chen, is among this outstanding group. Sharing the spotlight with Mr. Chen, are renowned Chinese entrepreneurs from a wide range of sectors, including Mr. Zhengfei Ren, CEO of Huawei, Mr. Huateng Ma, chairman of Tencent, and Mr. Jianlin Wang, chairman of Wanda Group. 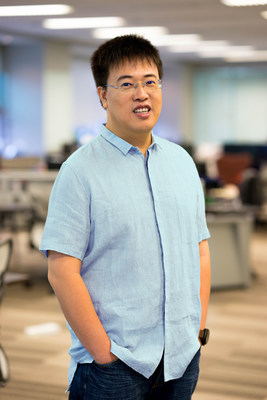 Fortune commented that “Mr. Danian Chen’s brainchild app product, WiFi Master Key, is now one of top 10 apps with the most downloads in China that is not affiliated with any of the China’s tech giants Baidu, Alibaba and Tencent (collectively known as BAT). According to an official report by Tencent in August 2016, WiFi Master Key’s daily new users has surpassed Chinese social media app WeChat and QQ, to become the most downloaded app in China. Mr. Danian Chen manages the company with a unique approach; he emphasizes on employee empowerment and discourages working overtime. In his opinion, doing the right thing is far more important than sheer effort.”

Prior to being named as one of the Top 50 Most Influential Business leaders in China, Mr. Danian Chen is also listed in Fortune’s China “40 Under 40” 2016 list. The financial freedom which he gained from being a serial entrepreneur, and his early career- Shanda Group which he co-founded with his brother Mr. Tianqiao Chen- has inspired him to use his wealth to solve social issues and help more people.

During his interview with Fortune, Mr. Danian Chen shared about his dream to bridge the digital divide. According to Mr. Chen, the digital divide between different regions of the world is ever expanding despite our more globalized world economy and the increased availability of Internet access today.

In 2013, Mr. Danian Chen established LinkSure and launched WiFi Master Key, in a move to provide free, convenient and secure Internet service to users worldwide. As of June 2016, the app has 900 million users worldwide, with a MAU of 520 million users. Mr. Danian Chen hopes for WiFi Master Key to reach to every corner of the globe so that those who cannot afford Internet connection are able to access the Internet conveniently for free, thus gaining happiness and even meeting with life-changing opportunities via the Internet.

When it comes to managing the company, Mr. Danian Chen advocates a “zen-like” approach, honed from his two decades of management experience. To him, Entrepreneurship shouldn’t be about achieving success frenziedly. On the contrary, he believes that establishing a proper empowerment and reward framework that grants employees the liberty to progress through trial and error is of utmost importance for business management. “Employees should be the rightful owners operating the day-to-day business, entrusted with the powers and corresponding responsibilities to do their jobs,” said Mr. Danian Chen.