You are here: Home / General / EU leaders to introduce measures to crack down on refugee smugglers

But human rights campaigners have warned that any closure of the EU’s southern borders or strict policing could put the lives of thousands of refugees at risk.

At an EU summit of leaders in Malta today, a 10-point plan was signed off on by leaders, including Taoiseach Enda Kenny.

The migration crisis, particularly those coming from Libya, was the key discussion point at the EU informal summit this morning. 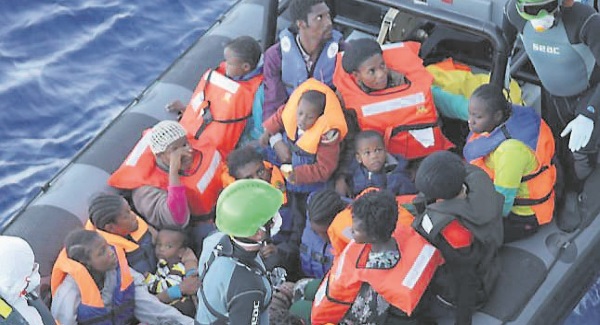 Leaders said that over 181,000 arrivals through the Mediterranean route were recorded in 2016. But thousands of people lost their lives trying to make the dangerous crossing into Europe.

Measures to stop migrants travelling have been agreed, with a particular focus on Libya and North Africa, which lie off the small host island of Malta for the summit.

Ahead of improving weather in the spring and an increase once more in crossings, the EU leaders said the union would also try to help stabilise Libya.

This will include providing and funding training and equipment for the Libyan coastguard. There will also be a crackdown on smugglers, involving EU police and cooperation among state border patrols.

An economic boost will be given to coastal areas in Libya, supported by the union. 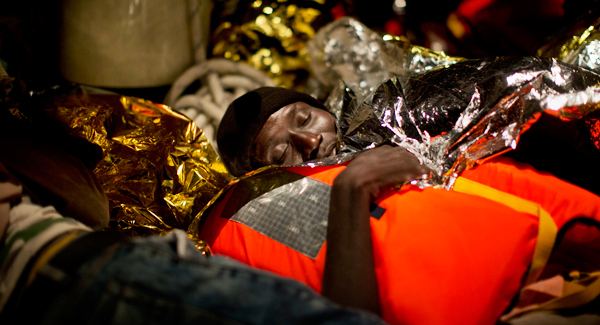 Reception and refugee areas in Libya for migrants will also be supported, a statement said.

Funds contributing to these measures will partially come from the EU’s current development assistance fund for Africa as well as the EU Trust Fund for Africa, which amounts to €1.8bn.

An additional €200m will be made available immediately for the North Africa measures, members agreed. A statement explained:

“With hundreds having already lost their lives in 2017 and spring approaching, we are determined to take additional action to significantly reduce migratory flows along the Central Mediterranean route and break the business model of smugglers, while remaining vigilant about the Eastern Mediterranean as well as other routes.” 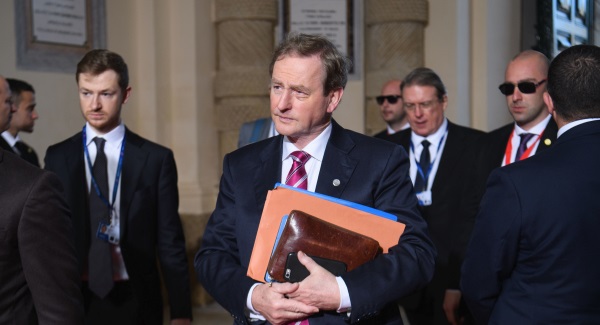 Taoiseach Enda Kenny arriving at the at the Grandmaster’s Palace in Valletta, Malta, for the informal summit. Photo: Leon Neal/PA Wire

But Amnesty International has warned the EU that closing the EU’s southern sea borders will put thousands of refugees and migrants setting sail from Libya at risk of detention and appalling human rights abuses.

Meanwhile Mr Kenny is also today lobbying his counterparts about Brexit and the the need to maintain an open border with the North, once Britain exits the European Union. British Prime Minister Theresa May is also outlining details to leaders over lunch about her meeting with US president Donald Trump last week in Washington.