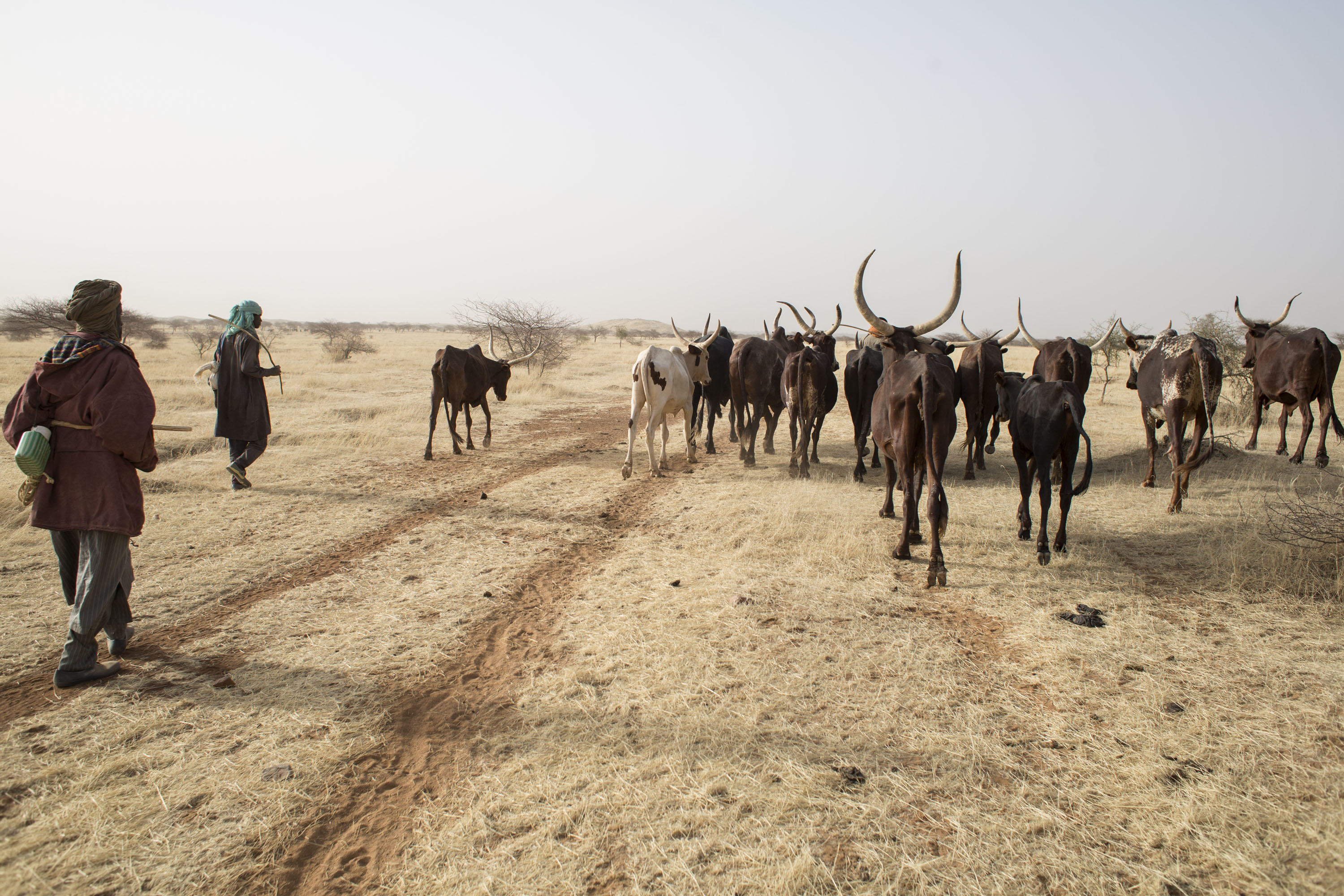 Herders take their animals to water in Niger.

That list now comprises 39 countries, up two countries from the last report in March, with the addition of Cabo Verde and Senegal.

After a poor cropping season, 35 percent of the population of Cabo Verde are estimated to need food assistance, although this figures is expected to drop by more than half in the early summer with the onset of seasonal rainfall. Poor pastoral conditions in northern parts of Senegal are expected to push the number of people estimated to be in need of assistance there to 750,000, according to the quarterly report from FAO’s Global Information and Early Warning System (GIEWS).

Underscoring how persistent conflicts and adverse climate shocks are taking a toll on food security, no country exited the list, which comprises 31 countries in Africa, seven in Asia as well as Haiti.

Civil war and insecurity in Africa and the Middle East have resulted in high hunger rates, by displacing millions of people, often burdening neighbouring countries, and by preventing farmers from cultivating their fields.

FAO’s latest forecast for world cereal production in 2018 foresees a 1.5 percent annual drop from the record high realized the previous year. But the decline is larger in some areas, notably South and North America and Southern Africa.

Conflicts have choked agricultural activity in swathes of Central Africa, notably in the Central African Republic and parts of the Democratic Republic of Congo, where access to food is further hindered by surging inflation.

Conflicts in Nigeria and Libya have led to less demand for meat, one reason behind the drastic drop in incomes for many pastoralist households in the Sahel region, where grazing and water resources are already strained and the ongoing lean season is expected to last longer than usual.

Meanwhile, recent rains point to cereal production gains in East Africa after consecutive seasons of drought-reduced harvests. However, recent abundant rains triggered flooding in Somalia, Ethiopia and Kenya, displacing about 800,000 people. In contrast to the trend in the subregion, staple food prices are high and rising in the Sudan and South Sudan, affecting access to food and intensifying food insecurity risks.

The number of severely food insecure people in South Sudan is expected to rise – in the absence of humanitarian assistance – to 7.1 million people during the current peak of the lean season (June-July).

The 2018 cereal harvest in Asia is forecast to remain close to last year’s record level – with aggregate paddy output reaching a new record high – with recoveries in countries affected by unfavourable weather conditions during the previous season, including Bangladesh, Viet Nam, the Democratic People’s Republic of Korea and, to a lesser extent, Sri Lanka.
Wheat outputs in India and Pakistan are projected to rise further, thanks to favourable cropping conditions.

Favourable weather will not be enough to boost crop production in war-afflicted areas, as chronic conflicts continue to impede access to fields and farming inputs in Iraq and Syria, where this year’s harvests are expected to decline further.