You are here: Home / Environment / General / Conflict causing spikes in food insecurity in the Near East and North Africa 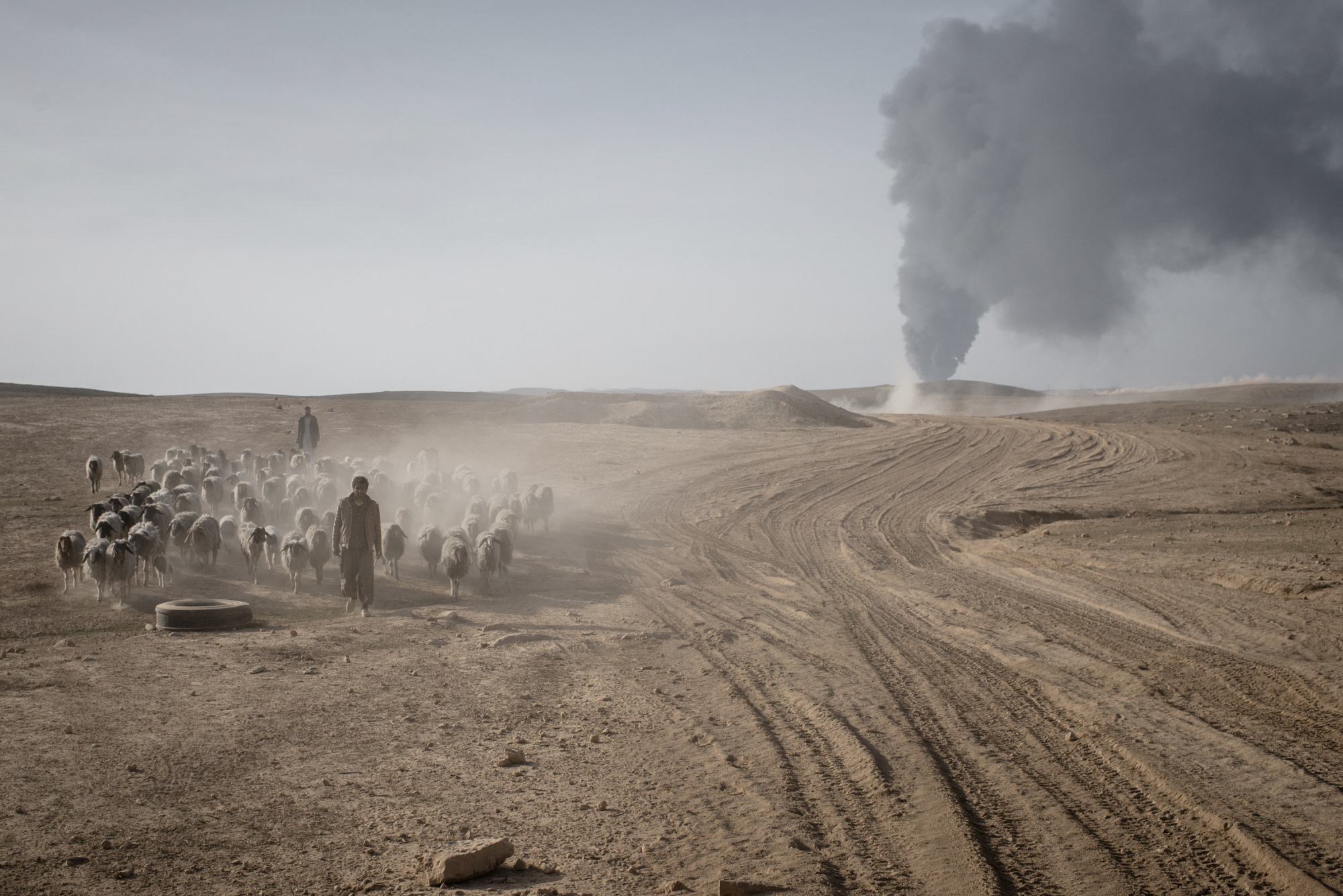 In Iraq, displaced civilians and their livestock flee fighting. Conflict in some countries in the Near East and North Africa is sparking spikes in hunger.

21 December 2017, Cairo/Rome – Conflict and protracted crises in a handful of countries in the Near East and North Africa are hamstringing efforts to eradicate hunger in the region by 2030, according to a new FAO report published today.

The 2017 edition of the Regional Overview of Food Security and Nutrition in the Near East and North Africa (NENA) highlights in particular how an ongoing intensification of violence is opening a wide “hunger gap” between countries being affected by conflicts and those that are not.

In NENA countries directly impacted by conflict, 27.2 percent of all people were chronically hungry – or undernourished – during the 2014-16 period. That’s six times higher than the share of the population that was undernourished in countries not affected by strife (4.6 percent, on average).  Meanwhile, “severe food insecurity” – another metric used by FAO to measure hunger – in conflict-affected countries now is double that in non-conflict countries.

These trends are casting a dark shadow on the broader NENA region’s ability to achieve the Sustainable Development Goal (SDG) of Zero Hunger by 2030, today’s report warns. (Full list of NENA countries below)

In a region largely made up of developing, middle-income countries – where chronic hunger typically affects less than 5 percent of their populations – violence in an unfortunate few has seen the proportion of chronically hungry people in conflict zones shoot up to levels comparable with the world’s poorest countries, which is exercising a strong drag effect on hunger reduction in the full NENA area.

This will make realistic progress towards eradicating hunger in the region using traditional tools of policymaking difficult, unless decisive steps towards peace and stability are taken, the report cautions.

The report highlights several NENA countries being particularly affected by conflict, with profound consequences for people’s incomes and food security.

In Iraq, where violence has led to for 58 percent decline in GDP, 30 percent of the population needs humanitarian assistance while 9 percent requires food assistance.

Yemen is also being wracked by conflict, leading to a situation in which 70 to 80 of the population are in need humanitarian assistance and 50 percent require food assistance.

Libya is another hot spot where conflict is undermining food security; there, 6 percent of the population are in need of food assistance, according to the report.

He pointed to “the growing need to implement long-term and comprehensive policies and practices to achieve Zero hunger by 2030,” adding that that “when countries in the region are suffering from an escalation of conflicts, the aim to tackle the region’s deepest concerns of malnutrition, water scarcity and climate change becomes more challenging but at the same time more urgent”.

“Only through improved cooperation and solidarity will the region be able to end conflicts and violence and get back to development,” Ould Ahmed concluded.

Today’s report establishes a baseline for measuring future progress towards achieving SDG 2 in the NENA region using the latest indicators for the SDG targets on hunger and food insecurity (Target 2.1) and malnutrition (Target 2.2).

The report also identifies how conflict itself encumbers SDG monitoring. UN agencies gather and assess information on food security and nutrition status during conflict, but the data are not always complete and can be difficult to compare with peacetime data.

Beyond statistics, the report focuses on the fundamental factors that have driven improvements in food security and malnutrition: poverty reduction, economic growth, improvements in maternal and childhood nutrition and public health, increases in the quantity and quality of food and the cessation of violence.