You are here: Home / Health Care / After Palestinian baby killed in firebombing, Abbas condemns settler groups as terrorists (The Times of Israel)

Despite bombing, Islamic State is no weaker than a year ago

American intelligence agencies have concluded that despite billions of dollars spent and more than 10,000 extremist fighters killed, the Islamic State group is fundamentally no weaker than it was when the US-led bombing campaign began a year ago.

US military commanders on the ground aren’t disputing the assessment, but they point to an upcoming effort to clear the important Sunni city of Ramadi, which fell to the militants in May, as a crucial milestone.

The battle for Ramadi, expected over the next few months, “promises to test the mettle” of Iraq’s security forces, Marine Corps Brig. Gen. Kevin J. Killea, who is helping run the US-led coalition effort in Iraq, tells reporters at the Pentagon in a video briefing from the region.

The US-led military campaign has put the Islamic State group on defense, Killea said, adding, “There is progress.” Witnesses on the ground say the airstrikes and Kurdish ground actions are squeezing the militants in northern Syria, particularly in their self-proclaimed capital in Raqqa.

But US intelligence agencies see the overall situation as a strategic stalemate: The Islamic State remains a well-funded extremist army able to replenish its ranks with foreign jihadis as quickly as the US can eliminate them. Meanwhile, the group has expanded to other countries, including Libya, Egypt’s Sinai Peninsula and Afghanistan.

The assessments by the CIA, the Defense Intelligence Agency and others appear to contradict the optimistic line taken by the Obama administration’s special envoy, retired Gen. John Allen, who told a forum in Aspen, Colorado, last week that “ISIS is losing” in Iraq and Syria. The intelligence was described by officials who would not be named because they were not authorized to discuss it publicly.

“We’ve seen no meaningful degradation in their numbers,” a defense official says, citing intelligence estimates that put the group’s total strength at between 20,000 and 30,000, the same estimate as last August, when the airstrikes began. 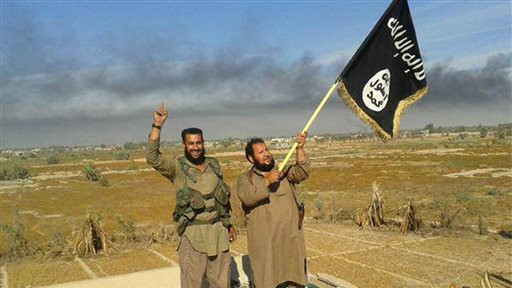